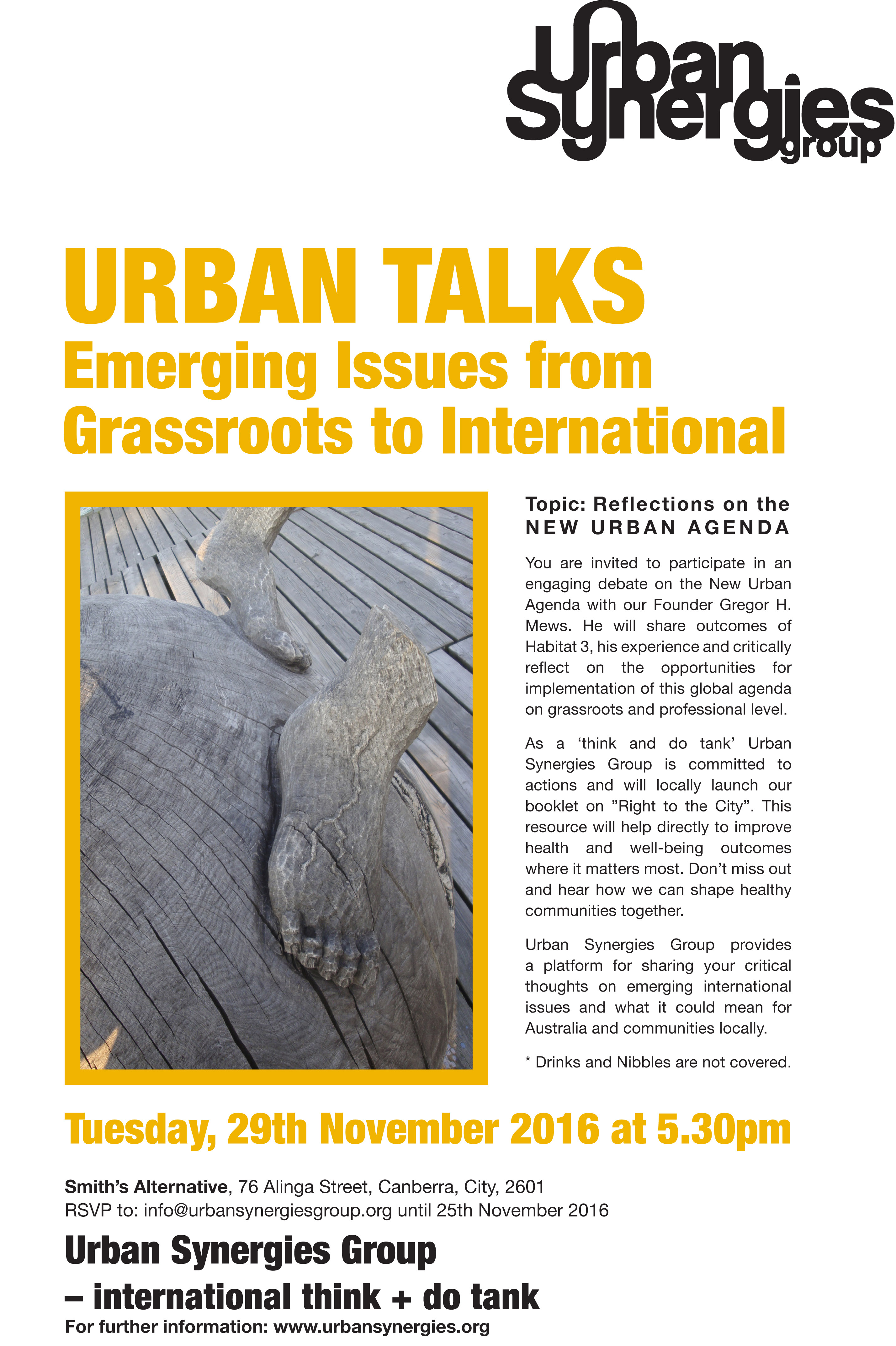 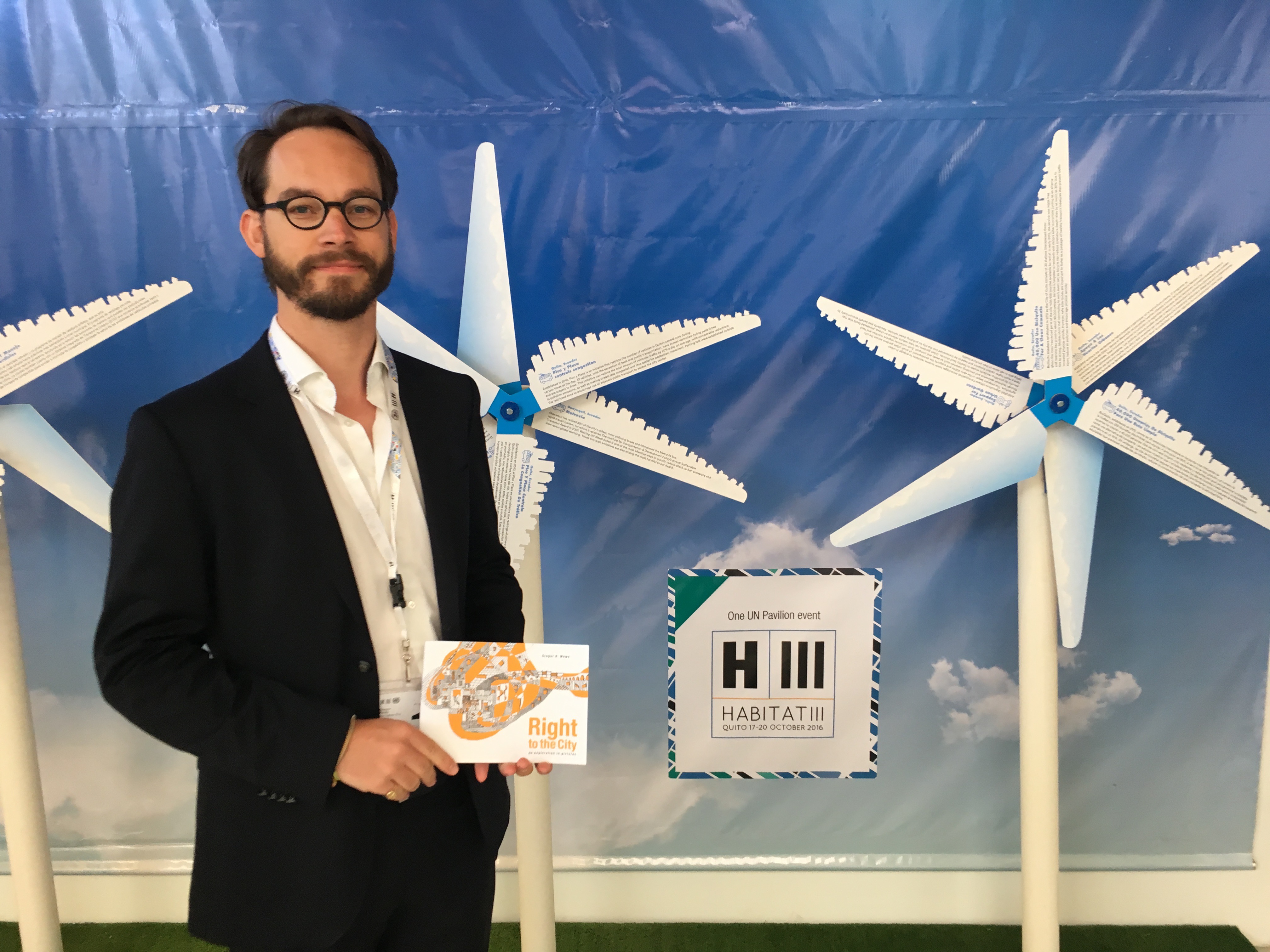 Urban Synergies Group (USG) launched today the booklet on “Right to the City” at the Habitat 3 conference in Quito, Ecuador. This conference was organised by the UN Habitat. The aim of this conference is to determines the future of urban development globally for the next 20 years. Our team at USG as one of the Global Assembly of Partners informed the development of the ‘New Urban Agenda’ document on three key issues:

Apart of being able to provide constructive input in a round table discussion at the Children and Youth Assembly infrastructure stream- one of our key highlights so far was the launch of the booklet on “Right to the City” earlier today.  As the only constituency Urban Synergies Group got exclusive access to the UN Habitat library in the UN Pavilion. Listen to our Founder and Director Gregor H. Mews on what he had so say by clicking on the video recorded live earlier today in the UN Pavilion.

This is your invitation to become part of our philosophy and contribute shaping healthy communities internationally.

Purchase a copy of our crowdfunded booklet and choose where your contribution should go. Support either to play space projects in Vietnam or to local  safe journeys to school project  “Tunnel Talk” in Australia. 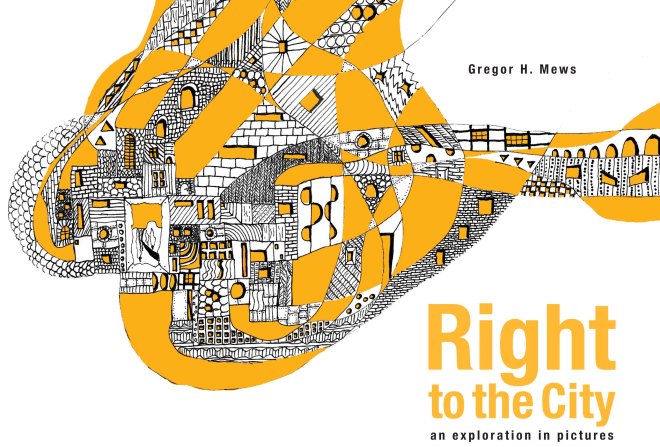 Our efforts here in Quito are not over yet. Tomorrow, 19th October 2016, we will participate in the discussions at the Transport day, support ISOCARP on “Smart Cities and the New Urban Agenda” from 12.30 -1.30 pm and will showcase our perspective at the “Moving from Habitat3 to Implementing the Right2City from 2-4 pm.

Be part of the debate and follow us on twitter for the latest updates and news on the New Urban Agenda – UrbanSynergiesGroup @usg_gregor.

The debate about Capital Metro in Canberra, Australia, has focused on net impact (with analysis suggesting 60% of benefits consist of wider or indirect economic benefits). But who gains and who loses potentially?

Earlier this year, researchers at the University of Canberra Health Research Institute undertook a literature survey of studies of existing light rail projects globally, identifying potential wider co-benefits (economic, social and health related) of such projects.  Assuming, as the literature suggests, that value uplift (increase in land value) directly attributable to light rail is marginal because so many other factors affect land value, but value capture (the capacity for attracting development finance) is strong, we offer:

(a) The likely biggest winners, from largest to smallest:

(b) The likely losers, from smallest to largest:

Existing private renters, especially lower and fixed income. Research shows that economic activity along light rail corridors is largely captured by the gentrification of adjacent land up to 1 kilometre from tram stops. This is often facilitated by government policies to do with zoning and incentivising development. While governments can put in place programs to support those on public housing, residents in the rental market are often forced out through higher rates and therefore are the biggest losers.

Dr. Andrew MacKenzie is an Devotee of Urban Synergies Group as well as a Assistant Professor with the Faculty of Arts and Design, University of Canberra and Dr. Cameron Gordon is an Adjunct Associate Professor with the Health Research Institute at the University of Canberra and both were principal investigators on the study above. Both can be contacted through info (at) urbansynergiesgroup.org . 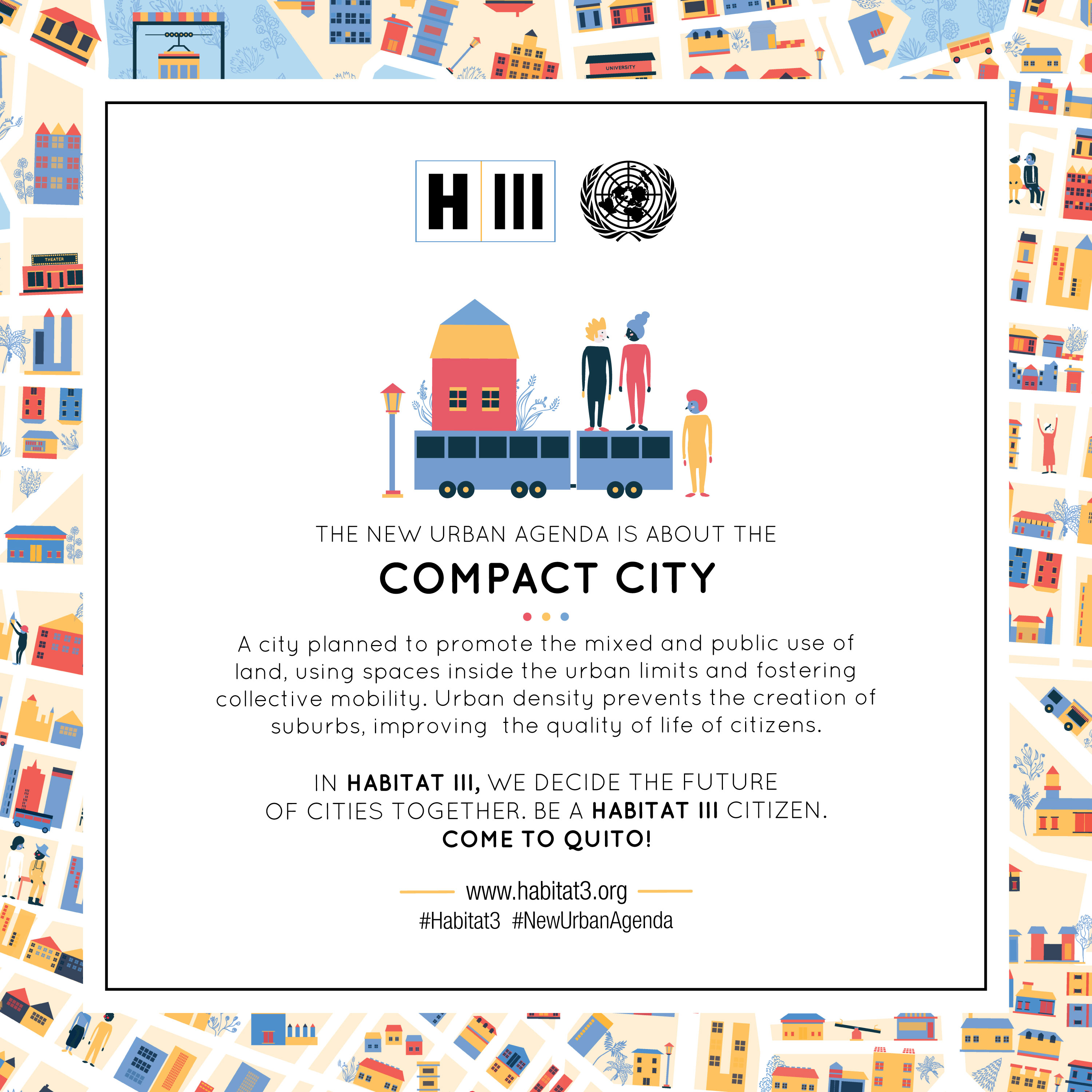 Meet us at Habitat 3. Come and discuss with us “Smart cities in the New Urban Agenda” at the ISOCARP side event of the Habitat 3 conference in Quito, Ecuador.

We don’t just talk we do…Urban Synergies Group committed more than 100.000 Dollars to implement “Shaping Spaces for Gen Z” over the next five years across the Asia Pacific region as part of the Habitat III Implementation Plan. Join and/or support us! Our Founder Greg Mews will be available to meet you after the side event session to discuss opportunities for collaboration. Alternatively you may contact him per email to make arrangements during the conference under gregor (at) urbansynergiesgroup.org.

Last but not least we are delighted to announce that we are hosting in partnership with the Health Research Institute, University of Canberra,  a International Forum “Shaping Spaces for Gen Z” on 7 December 2018 in Canberra, Australia.

Get involved and don’t miss out! Secure your ticket and click here for Tickets.