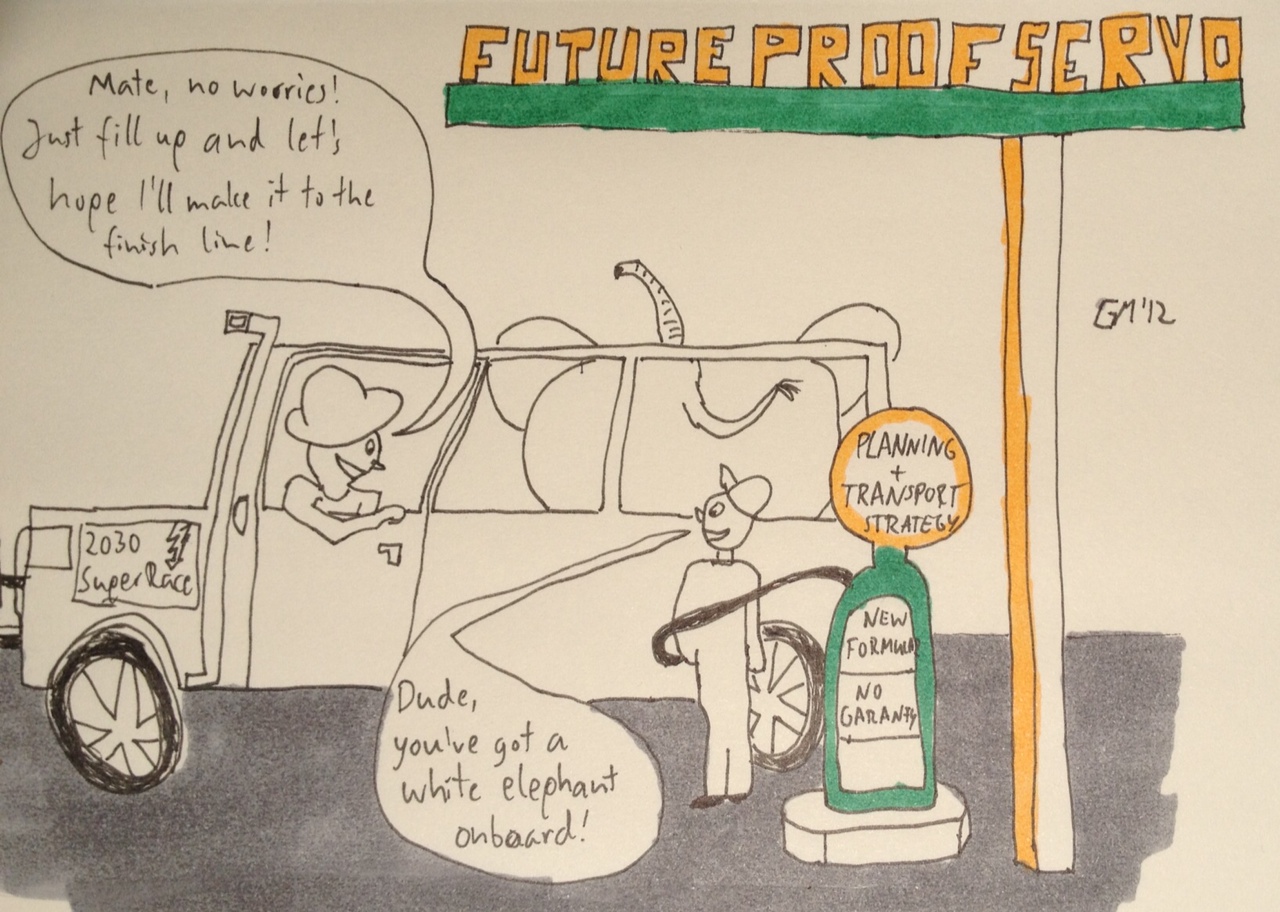 Let’s face it – the ‘dry’ and not so sexy stuff in urban design matters too. Of course is good fun to talk about quality urban design outcomes and the colourful bicycle culture..but..if we want to be serious about providing a healthy environment for us and for future generations we need to make sure that we treat Canberra as a collection of small towns with one higher services centre (civic), many of the with they own set of shops, commercial, businesses and most importantly utilise the different community wisdom – working together in the spirit of empowerment, collaboration and content awareness.

In the year 2006, 333,940 people lived and spread over 2,358 square km in the ACT with a population density of 142.1 people per square km. This is overall for a capital city exceptionally low and provides a number challenges in terms to providing equal services to it’s population in particular with its growing Greenfield developments, with regards to our sustainability paradigm and health to is residents.

What can we celebrate?

I’d like to point out that the word ‘national’ occurs frequently in the names and underpins Canberra’s status as the national capital with significance. In other words the average Canberra household is living predominantly a small town environment with a comparable excellent access level to formal social infrastructure. Often referred to overall comparable high quality lifestyle.

Having mentioned all that it becomes self evident that we can treat Canberra as a collection of towns with national significance.

Germany and Australia- despite two major differences a) a 20 year policy head start and b) most of the collective dwelling history started before the age of car – I’d like to compare the earlier mentioned set of data to one of Germany’s largest regional district called Landkreis Potsdam- Mittelmark in the state of Brandenburg.  Its size is approximately 2,575 square km with a population of 204,594 (2010). Population density account to 79 people per square km.-

Let me draw for you a better picture of the Landkreis Potsdam Mittelmark. The region contains ten largish towns (more than 10,000 people each) spread over the area.  Given that it’s geographically closely connected to state capital Potsdam, which has similar amount formal institution as Canberra (UNESCO world cultural heritage) and offers a high level of sophisticated services to its population.

So if you add up Potsdam’s stats with these from the Landkreis we achieve an overall geographical size of 2,762.38 square km and overall population of 359,200. The city has a density of 825 people per square km and allows a high level of green transport choices including light, heavy rail, busses – hint economy of scale- as well as a excellent network of walking and cycling infrastructure.

How are we actually performing?

In both cases, the ACT and Potsdam/ Landkreis Potsdam Mittelmark, provide similar service level, commercial activities and offer public transport for its residents. Each suburb/town has a slightly different spirit and mix of interest groups, but interestingly both perform differently through comparing energy and transport matters in a spatially sense?

Both have a large amount of national park or conservation areas, Potsdam and Potsdam Mittelmark 25 in total- Canberra with the National Capital Open Space System and Alpine Parks in the south.

The share of renewable energy sources in the German case increased in just 6 years from 4.2 % (2000) to 34,4 % (2006). The latest data shows a further increase to 47 % in 2008. Due to the average 4.2 to 4.7 hours sunshine per day, they use a mix of renewable energy sources ranging from biomass, wind, solar and geothermal. Simultaneously the overall electricity consumption is declining, made possible through effective communication, empowerment, collaboration, new technologies leading to behaviour change resulting in 3.3 tonnes of CO2 per capita.

Canberra invested recently a lot in solar energy with its individual subsidies/ feed in- tarif and the recent announcement to construct it’s first large scale solar facility. Also the ACT Government released recently its ‘Weathering the Change Action Plan Stage 2’ strategy and is currently using 9.2 global hectares per capita (2009), of which is 12 % is electricity related consumption.

Transport wise the German case ranges from 37% private vehicle share in Potsdam and 50 % private vehicle as the choice of transport in the regional area. This means even in an environmentally aware society the car will still have a role to play in the short to medium term.

However the difference between Potsdam and its surrounding regional area indicates that the car doesn’t have to be the king.

In a built environment that is compact enough to create convenience for all it’s people, with a diversity of land uses, high quality destinations, quality open space network it is possible to reach a higher modal split (20 % bicycle, 23 % walking, 20% public transport). In areas further away from Potsdam, compact towns achieve a share of 30 % people walking and bicycling and 8 % public transport. It is also important to mention that there is a gap in the modal share as the rest may use heavy rail to get into the main centre. The current methods of data collection point out that lack of data.

In terms of the Canberra case – the ‘Transport for Canberra’ strategy indicated a historical car dominance and commitment to create a better and more equitable as well as holistic transport network choices through a bus- and potentially light rail network. There is also a solid amount of active travel work integrated.

This is very ambitious as it refers to travel to work trips only and in accordance to the research findings of Jan Gehl around 80 % of active travel trips are account for not work related trips.

Strong links with the planning strategy have been taken into consideration and a commitment to a compact city approach is welcome.

But the work has really just started, if we want get rid of the white elephant!

In conclusion both cases are comparable on a number of items, the German case shows a lot of success stories with a history of 10 years in good policy implementation – in accordance to Agenda 21- that supports innovative governance and cooperation rather a traditional government approach.

However, in the German case not everything worked out either, because one big limitation was the financial disparity between remote areas and the urban centre.

The ACT Government is showing a great deal of commitment and honest intend (strategies are in place)- let’s just hope that on implementation level structural disparities can be bridged and good outcomes achieved by a) acknowledging the spatial differences and b) achieving a good governance model that embraces and supports collective community wisdom.