Simon Corbell was Deputy Chief Minister and Minister for the Environment and Climate Change of the Australian Capital Territory from 2008-2016.   He has two decades of senior experience in public policy leadership, governance and implementation.

Simon’s advocacy for a strong climate change policy for Canberra has seen the ACT achieve national and international recognition as a best practice jurisdiction.  He successfully led policy and program development which saw the ACT on track for 100% renewable energy by 2020, through policies to support large scale solar, wind and battery storage projects.

Simon is widely recognized as a leader in the areas of renewable energy, climate change mitigation and adaptation, urban sustainability and public transport. In 2015 has was a recipient of the Banksia Foundation’s Gold Award for the ACT Solar Auction program, and has been recognized by the Clean Energy Council and the Climate Alliance for his work in championing the clean energy transition in Canberra and nationally. He is also a Patron of the Australian Solar Council.

From 20012-2016 he was responsible for the development, procurement and implementation of the Canberra Metro light rail project, which is now under construction.

In 2016 he was appointed an Adjunct Professor of the University of Canberra in recognition of his work on climate change and sustainability.  In 2017 he will take up an appointment as the State of  Victoria’s first Renewable Energy Advocate. 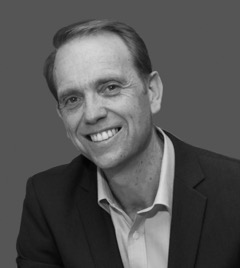