Seeing the city we need-  with urbanist writer Charles R. (Chuck) Wolfe on the 9th October 2017 6pm at Legislative Assembly in Canberra, Australia. As a long time urban writer, photographer, affiliate associate professor and land-use attorney based in Seattle, Chuck will share insights and expertise as a dynamic speaker who leads explorations of urban spaces impacted by rapid change and growth. Join us to hear valuable insights from Chuck about his latest book Seeing the Better City followed by a panel discussion with local and international experts and thought leaders. Let’s discuss pathways to accelerated actions for a better urban future through looking at our cities and becoming better observers of urban issues.

Register for the event here! 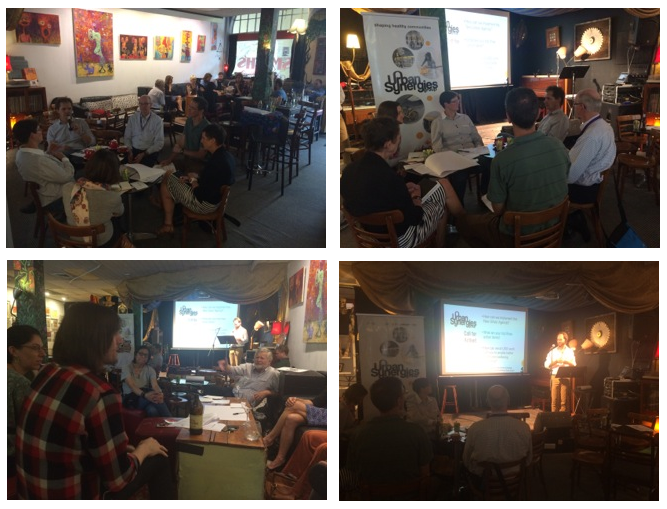 Urban Synergies Group (USG) hosted the Urban Thinkers workshop ‘Urban Talks: Emerging issues from Grassroots to International’ in order to contextualise the outcomes of the Habitat III agenda and the New Urban Agenda from an Australian perspective. The event took place on the 29th of November 2016, in Canberra, Australia, with academicians, researchers and practitioners in attendance. This article summarises the collective findings of the event.
During the opening contribution Gregor H Mews, founder of Urban Synergies Group, provided valuable insights and reflected on key messages from the Habitat III Conference in Quito, Ecuador. In particular, the paragraphs relating to the ‘Right to the City’ concept, Health and Well-being, Public Spaces and Sustainable Mobility were centre of the attention.
Mews stressed that cities today cover around two per cent of the total landmass, but are responsible for 70 percent of the Gross Domestic Products (GDP’s). At the same time, they are responsible for 80 percent of the global energy consumption, producing 75 percent of all greenhouse gas emissions and generating 75 percent of total global waste (UNEP, 2015, Cities and buildings report). Fast urbanisation is also having an effect on lifestyle that directly affects health. As a result, health challenges such as physical inactivity, unhealthy diets, overweight and obesity are increasing in emerging middle-income societies.
We are living in a world of uncertainty and accelerated change. If we want to win the race against climate change and promote a sustainable urban development we all need to work together. The New Urban Agenda emphasis that a successful implementation of its vision and commitments depends on the involvement of formerly atypical agents: community organisations, marginalised groups and independent actors, such as private sector and academia. In accordance with Dr. Joan Clos, executive director of UN Habitat, the message delivered was clear: ‘We shall leave no one behind’.
The average Australian lifestyle overshoots earth’s carrying capacity. There is a growing need to rethink and readdress the way we plan, finance, develop, govern and manage cities in Australia. This is a call for action where leadership at all levels is required pushing for the adoption and implementation of a truly sustainable, people centred, aged and gender responsive and integrated approach.
In order to reflect on the visions and implementation of The New Urban Agenda participants were invited to engage in a debate around the following three questions:

The participants discussed in groups and presented their ideas for adopting The New Urban Agenda principles and for achieving effective implementation of actions. The findings of the final discussions were:

Urban Synergies Group was acknowledged as a key partner that provides a platform for these discussions and exploration of collaboration. This article was also published by our partner the World Urban Campaign late 2016 and can be accessed by clicking here. 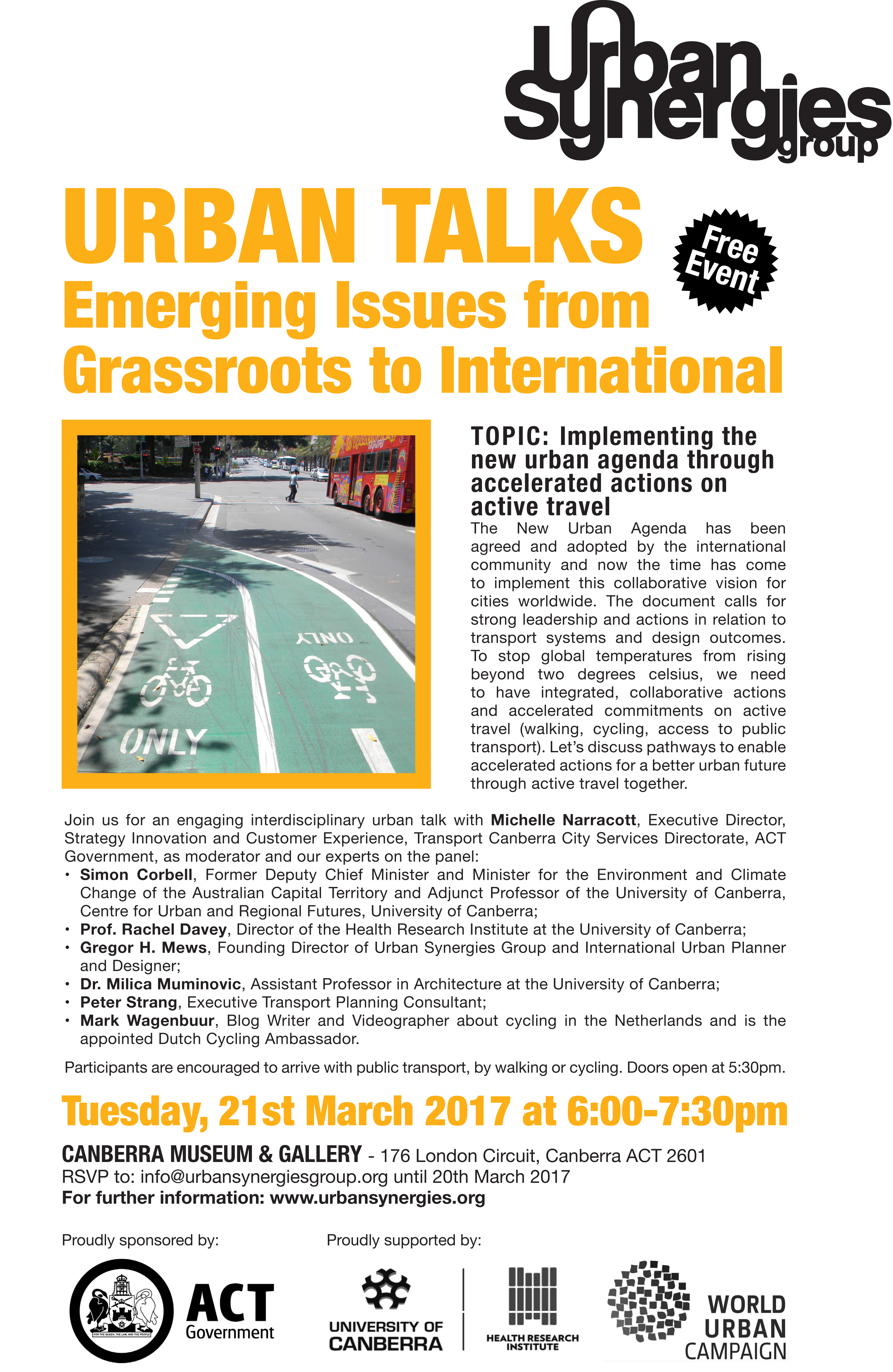